Should Presidents Use Social Media?

March 7th, 2018 Posted by Team Omnibeat Experts, Tools and Technology No Comment yet

Social media has become one of the most powerful tools in this modern age. Everyone from celebrities to businesses to politicians use forms of social media like Twitter and Facebook; however, social media has recently come under scrutiny due to Donald Trump’s overwhelming presence on Twitter. Regardless of your stance on Trump, it is clear that his social media presence is untraditional. Previous presidents and politicians used social media, but their comments were always professional and clearly drafted with the assistance of publicists. President Trump’s Twitter, on the other hand, can and has been polarizing. In this blog, we will examine both sides of this argument regarding Trump’s Twitter and look at what the future may hold for Presidents using social media.

President Trump has referred to his social media presence as “modern day presidential” using it as a vital way to communicate directly with the American people without the bias against his administration, which he claims is in the mainstream media. Twitter has also become one of the fastest, most efficient ways to spread news to the world, so it only makes sense that Trump uses Twitter to communicate clearly and efficiently. Beyond this quick, efficient communication, many support the President’s Twitter because it is his authentic thoughts. Many support this direct communication with the President that seems genuine rather than the seemingly artificial presence of previous presidents whose accounts were likely run by a team of publicists. Thus, while Trump’s use of Twitter may be controversial, it is a form of Presidential communication in an efficient, non-biased manner. This unprecedented communication offers the average American a greater insight into the mind of the president; however, many people question the “non-presidential” thoughts that get shared as a result. 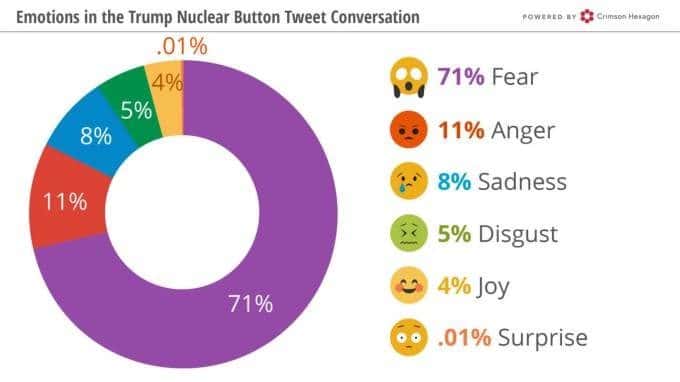 As mentioned, President Trump’s Twitter is not necessarily the most politically correct, as he often tweets in a seemingly rash manner – his “covfefe” tweet is a testament to this. This quickness to Tweet has led Trump to make comments in the past referring to his opponents as “Little Marco”, “Lyin’ Ted”, or “Crooked Hillary” and informing North Korean Leader Kim Jong Un that he has a Nuclear Button that is “bigger & more powerful”. Beyond this untraditional, informal style, the President has also blocked many users on Twitter such as Chrissy Teigen and Stephen King. The legality of this action by the President has been questioned by many, and numerous people have encouraged Twitter to suspend President Trump for “increasing the risk of nuclear war”. Thus, while many people love being able to see the President’s clear thoughts through tweets, many others are opposed to the President’s controversial Twitter account and many even think he should be suspended from the platform. 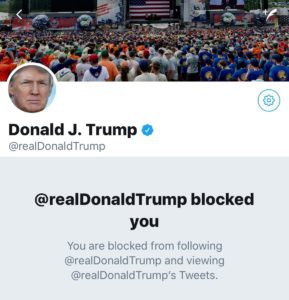 At the end of the day, freedom of speech is a fundamental right for everyone in the country – even the President. Many might demand Trump to be more professional in his tweets, but he was elected by the people and the people deserve to hear his thoughts. The difference between the “@POTUS” (President of the United States) Twitter account may be radically different between Obama and Trump, but we believe this change is good. The more transcendent the President and politicians are then the more informed the people become. Trump’s Twitter storms may scare some, but we believe this change will be for the better in the end as social media is truly one of the fastest, most unbiased ways to receive information from influential figures.

Nate Trimmer is a Co-Founder of Omnibeat. As a social media enthusiast with a background in organizational development and computer technology, he strives to help businesses understand and embrace social media.

Omnibeat is the digital marketing outsource solution for growth in Los Alamitos and the greater Long Beach area.

No comments yet. You should be kind and add one!